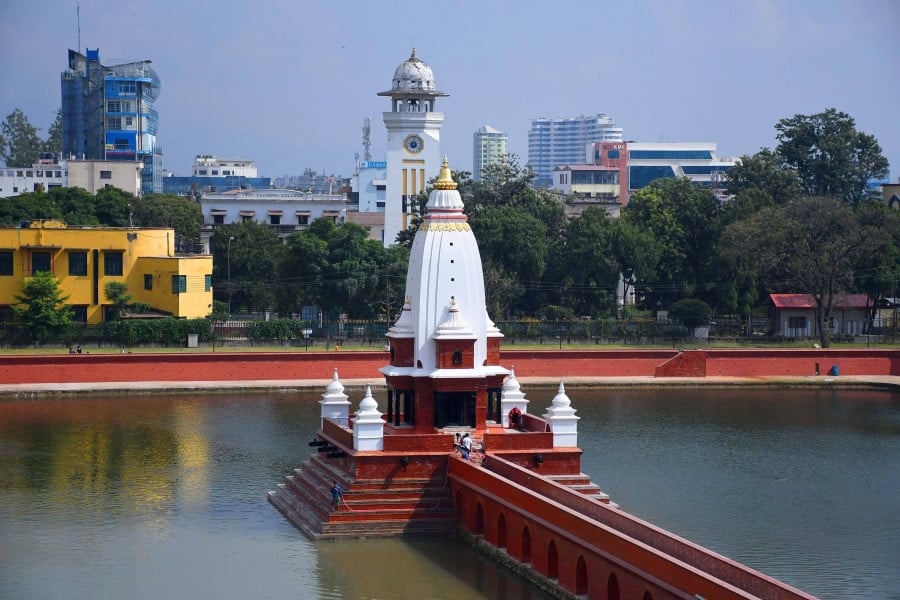 President Bidya Devi Bhandari on October 21 inaugurated the restored Rani Pokhari. Although Kathmandu Valley was still in the grip of Covid-19, prime minister KP Sharma Oli, including other ministers and a big number of participants, attended the ceremony. The National Reconstruction Authority is now planning to hand over the pond to Kathmandu Metropolitan City […]

President Bidya Devi Bhandari on October 21 inaugurated the restored Rani Pokhari. Although Kathmandu Valley was still in the grip of Covid-19, prime minister KP Sharma Oli, including other ministers and a big number of participants, attended the ceremony.

The National Reconstruction Authority is now planning to hand over the pond to Kathmandu Metropolitan City for its maintenance but the authorities are not sure if the City will maintain the historic pond in the state it has been rebuilt.

“In the three weeks since, the city has not come up with the guidelines,” said Raju Man Manandhar, the person associated with the authority to oversee the restoration project.

“Given the past instances, the authority is worried if the city will use this historic monument just to earn money,” he said.

The authority is said to have cleaned up the pond five times since its inauguration.

The Authority’s Chief Executive Officer Sushil Gyewali says the City won’t get the charge of looking after the pond unless the municipal authority comes up with a new set of guidelines.

When the Post inquired City spokesperson Ishwor Man Dangol about the guidelines, he said they still have nearly a month to prepare them.

“The City is working on it, this will take a while,” said Dangol.

Ganapati Lal Shrestha, one of the leading conservationists in the Rani Pokhari restoration campaign, says they are still sceptical about Kathmandu Metropolitan City’s ability as it mishandled the pond during the initial restoration effort which has cost more than Rs 240 million.

“There are still questions about Mayor Bidya Sundar Shaky’s intentions. Earlier, Dharahara was leased out for economic gain,” said Shrestha.

Heritage conservationists and local residents will not allow the City oversee the pond unless the city prepares an open vision or guidelines for this historic pond, according to Shrestha.

Conservationists have no faith in Kathmandu Metropolitan City because it had used modern materials to reconstruct the site that is spread over 63 ropanis. Only after constant protests from conservationists and locals did the city demolish a 10 feet concrete wall of the pond.

In 2016, the City was also criticised for using concrete materials to rebuild the Balgopaleshwor temple in the middle of the pond. After the two mistakes and widespread criticism, the Cabinet decided in February last year to hand over the reconstruction work to the rebuilding authority.

Balgopaleshwor temple has already been restored to its original form, in Shikhara style as King Pratap Malla built it in 1670. During the Rana regime centuries later, the temple’s roof was given a distinct dome shape.

The pinnacle of the temple is plated with 38 tola (443 grams) gold and the authority has already installed lights to illuminate the pond at night.

The historic monument had been severely damaged in the 2015 earthquake.