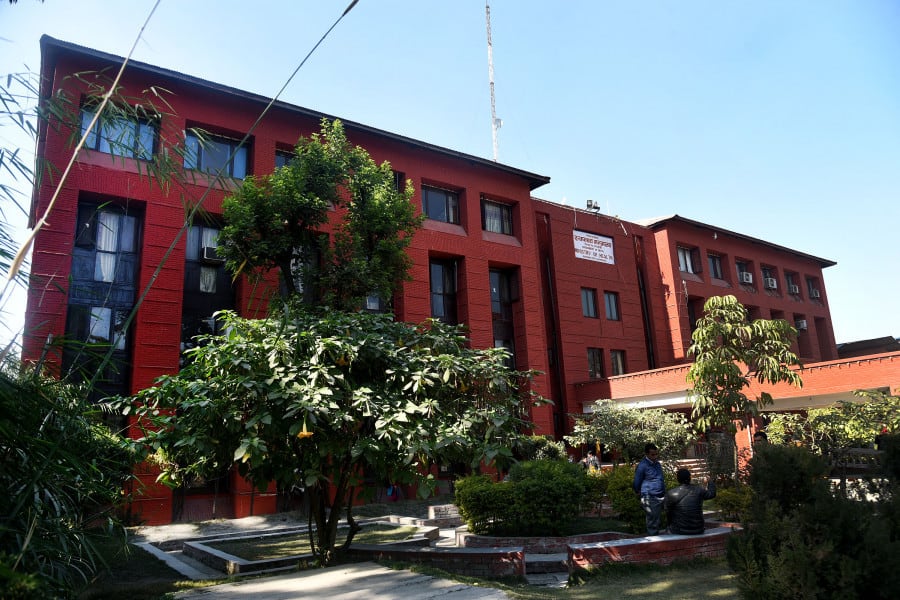 The April 2015 earthquake was the biggest natural disaster in Nepal’s recent history. That is, before the ongoing Covid-19 pandemic. It killed nearly 9,000 and rendered tens of thousands homeless. Along with the private houses, hundreds of health facilities were destroyed, health workers were killed and injured, roads were blocked due to landslides triggered by […]

The April 2015 earthquake was the biggest natural disaster in Nepal’s recent history. That is, before the ongoing Covid-19 pandemic. It killed nearly 9,000 and rendered tens of thousands homeless.

Along with the private houses, hundreds of health facilities were destroyed, health workers were killed and injured, roads were blocked due to landslides triggered by the devastating quake.

“Compared to the ongoing pandemic, the condition was more scary, people were more panicked by the repeated aftershocks or the shock of deaths of their relatives and loss of property,” Dr Senandra Upreti, former secretary at the Ministry of Health and Population, who was the then director general at the Department of Health Services, told the Post.

“But with coordination and collaboration among all the agencies concerned, we had successfully managed the situation and prevented possible further disasters.”

But that coordination and collaboration evident during the Nepali Congress-led coalition government seems to be lacking now in the incumbent majority government’s efforts to fight the pandemic, according to former and current Health Ministry officials the Post talked to.

To be fair, the Nepal Communist Party (NCP) government has been doing much to control the spread of the coronavirus, except coordination and cooperation among the agencies concerned, without which the pandemic is hard to tame, according to officials and experts.

It imposed a nationwide lockdown on March 24 when there were just two cases, and again restrictions were imposed in districts, including for three weeks in August in Kathmandu Valley that saw cases surging, after the lockdown was lifted on July 21.

And it has spent Rs20 billion in the past eight months, according to the Health Ministry.

Hundreds of thousands of tests have been performed, dozens of laboratories and hospitals have been set up, infrastructure has been built, equipment has been bought, and health workers have been trained and deployed.

But the number of new cases and the death toll have continued to rise with no signs of the pandemic coming under control.

The number of cases in Kathmandu Valley has been going up at an alarming rate and time and again the Valley mayors have asked federal authorities to bar entry of people from outside into the Valley, only for their appeals to fall on closed ears.

Now, Kathmandu Metropolitan City has stopped contact tracing after the federal government on October 5 announced that it would not conduct free coronavirus tests.

Local governments, which are responsible for contact tracing, do not have their own laboratories to perform tests and the laboratories run by the Health Ministry are not performing tests free of charge.

“Health Ministry officials alleged us of not being serious but why are they not directing the laboratories to perform tests on samples we collected free of cost,” Hari Kunwar, chief of the Health Division at the Kathmandu Metropolitan City, told the Post. “We cannot afford to pay for tests of samples collected in contact tracing.”

The Cabinet on Monday decided to conduct free tests after widespread condemnation of its move not to conduct tests and provide treatment for free.

But, according to officials working at the Health Ministry, during the 2015 earthquake there was sufficient collaboration, not only within ministries but also at the intra-ministry level.

The ministry as well as security agencies—Nepal Police, Armed Police Force and Nepal Army—were busy in rescuing the injured for over a week.

“Ministers used to hold meetings with other ministers and give directions to the secretaries of their respective ministries and they later passed on the orders to the officials under them,” Dr Baburam Marasini, former director at the Epidemiology and Disease control Division, told the Post.

Chances of outbreaks of waterborne diseases such as diarrhoea, cholera, typhoid were high as most of the water sources in the quake-hit districts had been damaged. Domestic animals were killed in the thousands and their carcasses were scattered all over. People, including the elderly and small children who were vulnerable to multiple infections, were compelled to stay out in the open.

The risk of spread of vector borne diseases like malaria and dengue were also high.

“We had seen 2010 Haiti’s cholera outbreak after the earthquake, which killed more people than the quake,” added Marasini. “With better coordination and collaboration with all stakeholders, we have prevented possible catastrophic conditions.”

The meeting forged an understanding that different government agencies would fulfil their own individual responsibilities sincerely and at the same time coordinate and collaborate with others, according to him.

Fast forward to 2015. There is a dearth of coordination and collaboration not only between the federal agencies and provincial and local governments but also among the departments of the central government.

The Health Ministry said there would be another lockdown if the number of active cases exceeded 25,000 but when the grim milestone was reached, it was not imposed.

International non-governmental organisations wanted to distribute cash to the people most vulnerable to, and most affected by, the pandemic. The government overruled that saying only relief could be distributed. As a result, donors had to be approached again and funds earmarked for Nepal may never come here.

“The state machinery, NGOs, INGOs, general public, youths, volunteers, civil society and others all had coordinated and colloborated,” said Marasini. “The disaster was taken as a war and all contributed from their side to overcome it.”

The ongoing Covid-19 pandemic is also a kind of war but agencies concerned are fighting separately. Multiple committees have been formed from the centre to the local level but there seems to be a lack of coordination and collaboration.

The government had formed a high-level coordination committee, under deputy Prime Minister Ishwar Pokhrel, which later disbanded and the responsibility of fighting the pandemic fell on the Covid-19 Crisis Management Centre formed subsequently.

The centre has its mechanisms at the provincial and district levels, and has data of the infected people and heat maps, has developed technology for contact tracing, but it doesn’t have the authority to formulate policy.

Its role was limited to making recommendations to the Cabinet, headed by Prime Minister KP Sharma Oli which time and again did not listen to recommendations.

Similarly, the Health Ministry formulates policy but it does not have the capacity to enforce it.

Provincial and local governments, which are responsible for contact tracing, management of isolation and quarantine facilities, are not obliged to report to the center.

“All agencies are working but there seems to be no coordination and collaboration among them,” Dr Prabhat Adhikari, an infectious disease and critical care expert, told the Post. “Lack of coordination among the agencies concerned resulted in the current spread of the coronavirus. Confusion was created due to the creation of multiple agencies.”

Contact tracing, which is key to containing the spread of the infection, has come to a grinding halt, following the government decision not to provide free tests and treatment to all.

Local federal units, which are responsible for contact tracing, do not have their own laboratories to perform tests and those run by the Health Ministry are not performing tests free of cost.

Epidemiologists and infectious disease experts lament that the government doesn’t listen to experts, does not learn lessons either from its own experience or those of others and also doesn’t acknowledge science-guided strategies.

This pandemic is no less than a war, infectious disease expert Adhikari said. “And the war cannot be won without coordinated efforts. All agencies concerned should coordinate and collaborate against the war and all state machines including the general public should do their duties.”